Rule # 24: If you shoot in a foreign country, YOU are the foreigner. 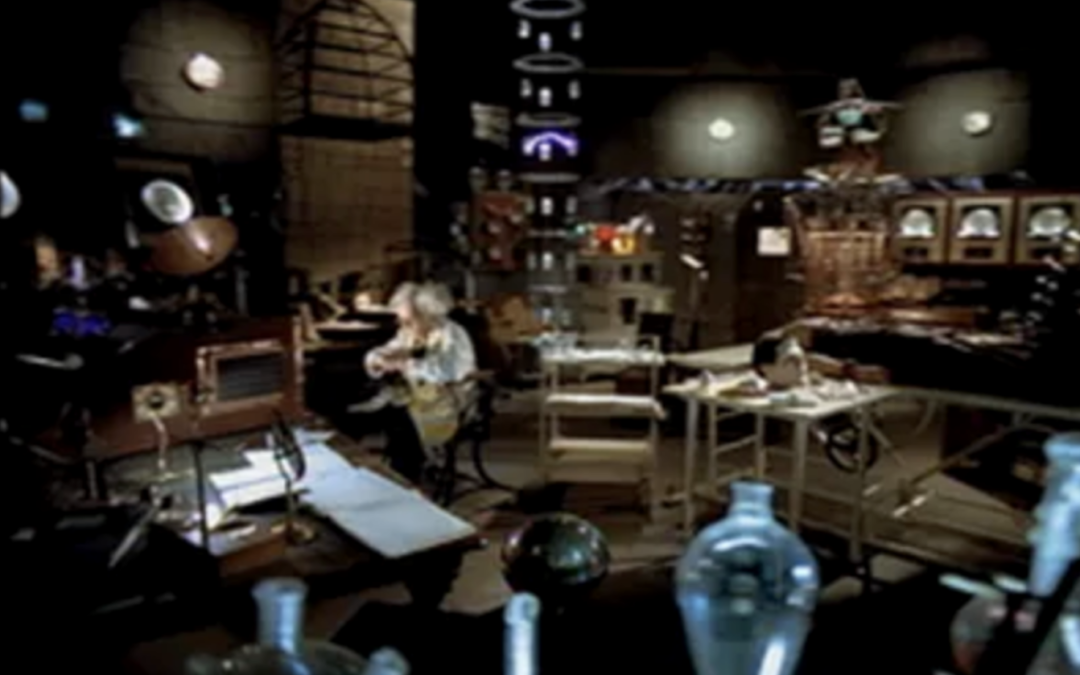 I directed two successful TV commercial campaigns in Paris; shown on French TV and in theaters before the movies began. One was a spoof of James Bond, the other of Frankenstein.

After script and casting, preparation is the most important element in filmmaking. Quoting a co-worker: “If it ain’t on the page, it ain’t on the stage.” One needs to approve every prop, piece of wardrobe, set design, and special effect. For the Frankenstein commercial, I researched amd photographed all the sets and props from the original movies and sent these photos to the production designer in Paris to recreate.

The production designer and prop men created the most amazing props and set decorations. This commercial was a MAD Magazine–style look at Dr. Frankenstein’s lab. In addition to the recognizable movie props, I wanted vintage torture devices, barber chairs, medical implements—any period hardware that was funny.

In the commercial, the monster’s head is severed from his body. It sits upon a sterling silver carving platter adjacent to the medical autopsy table, upon which the body lies. The good Doctor F. watches television on a vintage brass-riveted Jules Verne TV set. On the TV runs stock footage of butchers in the old Les Halles market, hacking large animals to pieces with meat cleavers.

I had to wait while the TV was being built. I asked, “Why wasn’t all this finished before I got here?!” The producer merely chortled that condescending way French people do when speaking to crazy Americans, “We work as we go,” and he added in his head, “You American idiot.”  To my surprise and delight, The vintage TV was finished the moment it was needed.

The same ad agency then asked me to shoot a spot for Mars Ice Cream. It was winter, and they wanted an excuse to go to the tropics and catch some rays. This time I was to do a spoof of Knife in the Water, Roman Polanski’s epic.

To keep the budget low, they chose to go to Venezuela. We ferried in a vintage sailboat, the one Brad Pitt languished on in Legends of the Fall—a restored 1920s teak beauty—magnifique.

Because French residual payments weren’t required for foreigners, we cast actors from New York. The young male was everyman funny. The female was gorgeous with a killer body.

The last decisions to be made were to hire a Venezuelan production service to fill out the crew.

Dozens of Venezuelan crew joined us. I’m not sure what they did. The Venezuelan production service employed as many family members as they could fit in the van. A few of them probably knew something about film, but most likely it was only the part of “audience member.”

In the first shot of the commercial, we had to establish the couple languishing on the boat. I wanted to start the camera from water level, tilt up, and travel along the side of the boat to reveal our two actors.

We affixed the camera to a mini-crane mounted on a piece of plywood atop a small motorboat.  But in every take, the skiff’s driver would veer away from the boat. I asked him nicely, “Por favor, Señor. Vaya mas cerca al barco.” Go closer to the boat. He’d smile and nod, “De accuerdo.” Then he’d make the same mistake time after time.

The problem was that the boat was tied off at each end by long ropes, barely submerged. The driver of our boat didn’t want to catch his propeller in the tie-off rope. So we called for sandbags and dropped them along the tie-off rope, making the rope sink into the water enough to clear the propeller.

We wrapped at dark, jumped in a rowboat, made it to shore, and piled into our vans to return to the motel. We went fifty feet before running out of gas. We spied a rusty old pickup coming toward us. I asked the driver, “Puede usted llevarnos a Morrocoy?” Can you take us to Morrocoy? The producer instantly produced a handful of cash. The driver, an old man with half his teeth missing, smiled and answered, “De accuerdo!”

We set off on the road.  The pickup traveled at the speed of a small dog. To add insult, whenever the driver spotted someone walking along the road, he’d slow down and converse and laugh with them, most likely making fun of us.

This shoot tested my patience and perseverance. But I did learn a lesson: I was the foreigner in a foreign land.

If your script calls for a foreign location, or more commonly, if financing dictates it, be prepared for more than just making films. And prepare to encounter obstacles you’d never dream of encountering in America, especially Hollywood. And remember, things you assume are natural in America don’t always apply in a foreign land.

For more about this production and others, read: