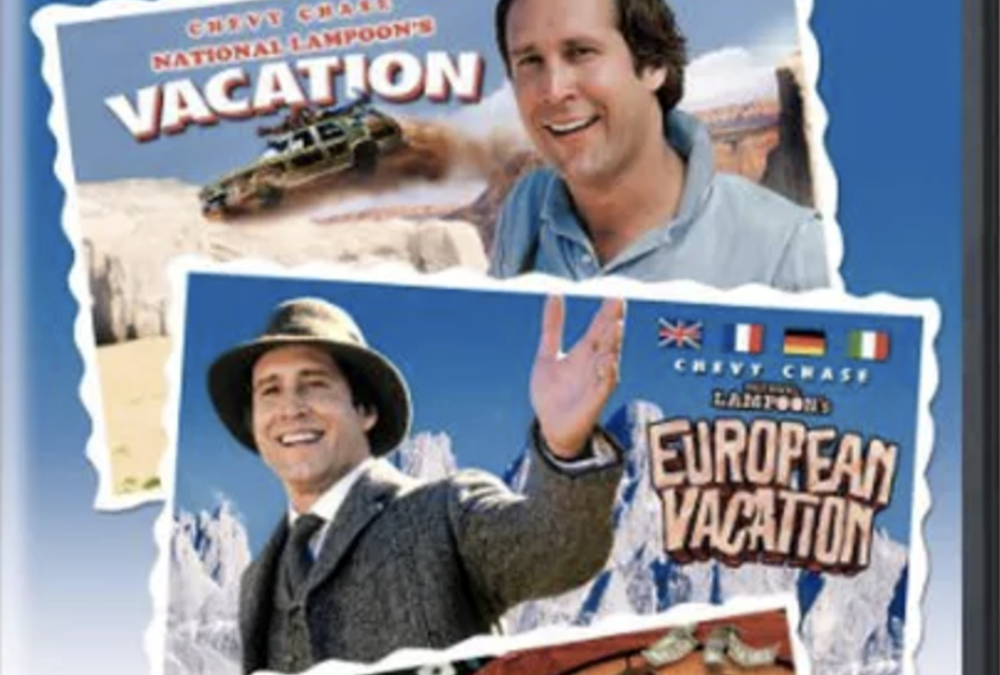 I  directed an ad campaign for AAMI Insurance in Australia. The company loved Chevy Chase and in the tradition of his Vacation movies, they hired Chevy to re-create his role.

I looked forward to working with Chevy. After watching him on Saturday Night Live, he was one of my favorite comics. His greeting on the SNL news said it all: “Good evening. I’m Chevy Chase, and you’re not.”

I first met Chevy in the Ritz-Carlton Hotel. “This is the exact suite in which Michael Hutchence died,” the producer told him. Hutchence, lead singer of the famous rock group INXS, allegedly hung himself in an autoerotic belt-hanging error. HOLD IT! Hung himself in an autoerotic belt-hanging error? What is that?! He was making love to his belt hanging on a hook in the closet? No matter how many years I’ve lived in Hollywood, I still can’t believe there are sexual acts that weird.

Chevy’s grinning response to all this: “Really?” He then proceeded to place things for the maids that would make them think twice. He hung a belt from the header beam, wrapped a towel around his neck like a noose, and had us take a snapshot that he then scotch-taped to the bathroom mirror.

The flagship commercial featured Chevy with a wife and two teenagers driving through the streets of Sydney. Australians drive on the left side of the road but

Chevy, undaunted, would create havoc as he drove on the right side of the road. In the commercial, a bicyclist swerves to avoid Chevy and is forced up a driveway, hitting an opening car door and flying out of the frame. Chevy’s droll comment: “Gee, must be his first time on a bike.”

Chevy’s next stunt is to drive into an intersection. He doesn’t stop, causing the other three cars approaching the intersection to slam on their brakes and go into a skid.   Chevy noticed I had a stunt driver, dressed like him, to drive his station wagon. “Nah,” he said, “let me do it. I’ve done thousands of stunts.” I was elated. One of the three cameras we needed to shoot the stunt could now shoot a closer shot of Chevy —more verisimilitude.

Chevy hit the gas and started toward the intersection. The other three drivers started so that they could time their figure eight just as he was in their midst. Chevy made it through just as the three cars smashed the hell out of each other. Chevy stopped his car past the intersection, jumped out, and yelled, “Okay! Everybody ready for take two?”

We split a gut laughing. How the hell could there be a take two with two of the cars already wrecked before they should have been? It was a shining moment. It assured the insurance company that we had something on film that proved they covered any type of accident. Pure gold.

The final shot of the commercial started close on Chevy and the family inside the wagon and then craned up and away as Chevy said, “God I love this country.” The camera cranes further away, revealing Chevy had just driven through a pyramid of wrecked cars stacked above his car. Behind the pyramid, we see an entire block of cars up on lawns and stacked atop one another, and the bicyclist hanging upside down from a lamppost.

We were a film family. We ate outdoors, barbeque style, with crew people sitting with “above the line” people. The lack of social hierarchy was refreshing. I treated everyone on this job the same way I treat everyone on every job, like they are members of my own family, and I expect from them the same respect, aid, and comfort that I give them. The result was not only a terrific commercial campaign, but also a fun, fulfilling experience because I was able to bond with everyone who worked on the shoot. And that’s the way it should be on every shoot.

If you want to read more about films and filmmaking from personal experience, visit my book