Rule # 16: No matter what the media says about you, be satisfied they spell you name correctly. 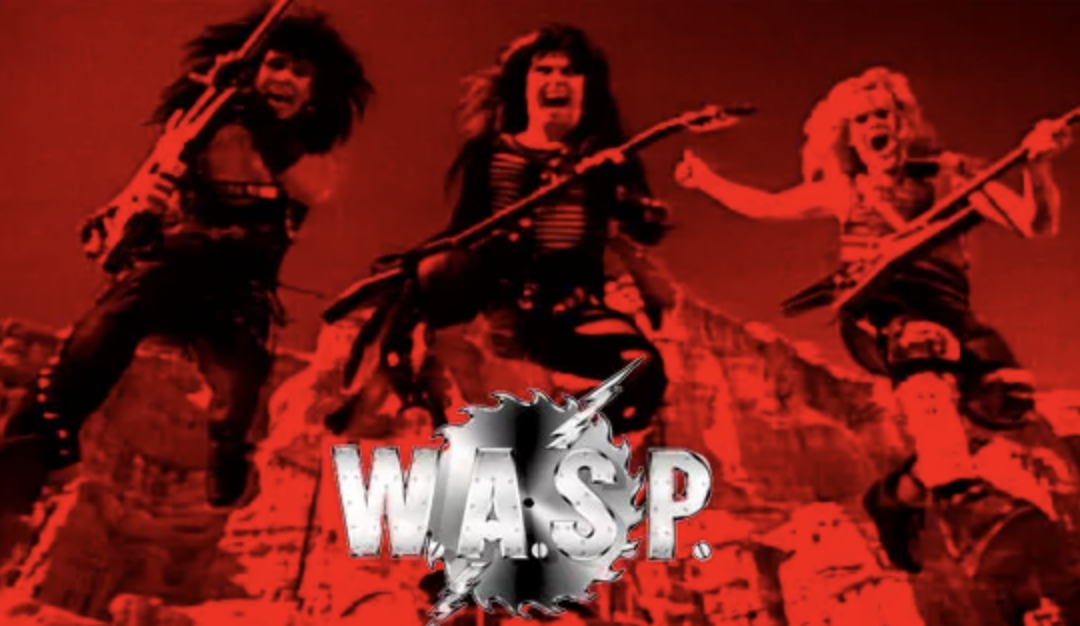 I have the dubious distinction of having directed music videos that Al Gore’s ex-wife,Tipper Gore, used to demonstrate to Congress the need to establish the PMRC, a group to censor “inappropriate” music by putting a  disclaimer on CDs and downloads.

The videos were Van Halen’s “Hot for Teacher,” W.A.S.P’s “Blind in Texas” and “Wild Child,”

I had a lot of autonomy and fun creating and directing music videos. W.A.S.P is the hair band in the movie This Is Spinal Tap. I pitched them a concept: “What if we take you guys . . .” they ranged from six foot four to six foot six

“ . . . into the old Wild West and no one cares?” They liked it. We went to the Western movie set in Old Tucson.

I set up a classic Western Movie shot, shooting down the Western street into the sun. It would be cool, macho, cinematic. The sun was rising, we had ten minutes left, and we still had no band. Then, directly at the end of the dirt street, appeared the four guys in black leather—the bassist, Chris, wore chrome baseball catcher’s shin guards—and they sauntered toward the camera like bad asses from hell. Money!

Years later,  a young filmmaker from Japan showed me a Japanese music magazine that listed my videos as the top four in the top one hundred heavy metal videos of all time. Yeah me, dubious distinction notwithstanding.

“Dude,” a publicist once told me, “take ink wherever you can get it.” He was right. I got phone calls from people who heard about the videos.

She asked if I was interested in doing a 3-D video based upon a song Edgar Winter had written for L. Ron Hubbard, founder of Scientology.  I asked her, “Scientology . . .  aren’t they like a cult?” She assured me, “Don’t worry, we’re not selling Scientology. This is going to be premiered on MTV on a Saturday night, using new 3-D TV technology.”

“Wow,” I exclaimed, “3-D, that’s awesome!” She replied, “Yeah, and to go along with that, Rhino Records are going to advertise it on radio to hype the music audiences.”  I’ll set a meeting up with the Scientology and Rhino Records people.” “Color me there,” I told her.

We went to the Scientology building on Hollywood Boulevard and sat perpendicular to four Scientology execs, who were all dressed in dark suits, white shirts and ties. Directly across from us were the two owners of Rhino Records, bearded guys in Hawaiian shirts who smelled like marijuana. The Scientology guys looked at the Rhino guys like they were fungi under a microscope.

I pitched the video to everyone. The Scientology guys loved it. The Rhino Records guys were too cool for school.  I soon found out why. “How much is this going to cost?” they asked. Susan handed them copies of the budget and said, “Two hundred and fifty thousand dollars.”

The Rhino guys were outraged. These guys believed in buying for a nickel and selling for ten bucks. If the Scientology people were the only ones involved, we’d have made that video. I have no regrets. I’d have loved directing that video, especially after Avatar set the 3-D trend that became so prevalent in big-budget studio spectacles like Life of Pi, Rise of the Planet of the Apes, Guardians of the Galaxy, etc, etc.  However, I know more now than I did

then about Scientology. I’m glad I didn’t help them sell their pseudo-religious nuttery.

With each music video I made, there was lots of press. Despite parents’ concern over their kid’s choice of music (not a new phenomenon), music video makers attempt to appeal to these kids with funny and/or outrageous videos.  Since I fell into that category, I got a lot of ink. Which resulted in more work. Thereby proving that it really doesn’t matter what they say about you (unless there’s clear evidence you’re an ax murderer), as long as your name is mentioned in the entertainment press.