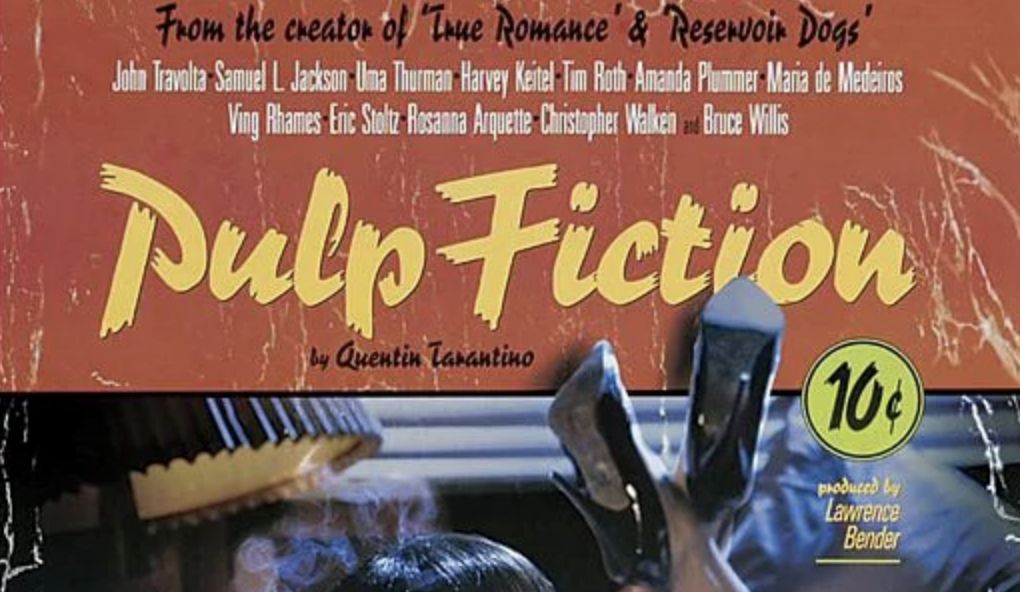 If you’re writing a screenplay or making a video or movie, the only way to be noticed is by crafting something that is unique. The many films that started careers, like Pulp Fiction,

Boogie Nights, Monster’s Ball or Boys Don’t Cry display the unique talents of their creators, who did their own thing.

“Do your own thing” was coined in the Haight-Ashbury, San Francisco’s hippie neighborhood. It meant not following what your parents, teachers, coaches, or corporate America told you was appropriate. Therefore, free sex, experimentation with drugs, and revolutionary music all were part of the personal character metamorphose of American youth. Had there never been this explosion of art, music, and films, there would never have been Easy Rider, or Bonnie and Clyde and the many later music-driven films like Quentin Tarantino’s Kill Bill, Inglorious Basterds, Django Unchainedand Robert Rodriguez’s Desparado and El Mariachi.

Tom Wolfe’s The Electric Kool-Aid Acid Test describes the acid tests that defined a generation.  Wolfe credits Timothy Leary as the academic pioneer of the acid movement. Leary was the psychologist who advocated the use of psychedelics to expand one’s mind and creativity. When I was casting my first movie, KGOD aka Pray TV,

I got a phone call. It went like this:

“This is Tim Leary. I just read your script, and I want to play the Evangelist, Buck Sunday.”

I was speechless. Timothy fucking Leary. This is the man who coined the expression, “Turn on, tune in, drop out.” He’d been on every magazine cover and television show in America. Whoaaaa!!!

But I turned him down. I felt like I had just refused an offer to join the Knights of the Round Table by saying, “Um, no thank you, King George, my hair is in curlers.”

It was my first experience of how fleeting fame is: Here was a legend of American youth trying to make it in Hollywood?

After grad school at San Francisco State, I set out on a career path in film production. I became the assistant director on a TV commercial shoot in Oregon, where I met Ken Kesey, who was the literary genius who penned

One Flew Over the Cuckoo’s Nest and Sometimes a Great Notion, and was already known nationwide as the ultimate outlaw.

Kesey despised Hollywood. The “star-town” seemed to bring out the worst in him. Kesey realized that you may be a giant among men but a Hollywood hero today is tomorrow’s has-been.

as well as the premiere episode of TV’s The Twilight Zone. He was a full-blooded Cherokee, stood five feet tall, weighed about a hundred pounds, and had shoulder-length white hair.

George wanted to me to edit a teaser to raise funds for a documentary about a convening of futurists. It was his idea to assemble and sequester a dozen people, each of a different discipline—military, scientific, literary, educational, athletic, artistic, even con artistic, and so on—in a room beneath Las Vegas. He had an affinity for Vegas because it was the setting for Ocean’s Eleven. He wanted to give them access to videos and archival material as research.

George’s idea for his futurists would be to assign them the task of running Las Vegas, as a microcosm of the nation, in all facets of traffic, education, crime prevention, poverty eradication, real estate development—the works.

At this point, I had begun directing TV commercials. I converted the garage behind my house into an editing room. While tinkering with George’s film, I “dialed for dollars” to get directing work.

The ad agency for Standard Oil, BBDO, San Francisco, had to fly down to see the cuts. No Internet transmission of video existed. In between assembling cuts to be seen by the agency, I’d work on George’s teaser. While I edited, George sat on the side wall of our driveway, dressed in red corduroys and an orange T-shirt with a plastic portable radio hanging around his neck. I’d go out there once in a while to check to see if he was receiving transmissions from WKRP in Andromeda.

One day there was a potential conflict of interest. My wife rushed out and said, “There’s a bunch of guys from BBDO, at the door!” I looked at George. He was listening to a headset plugged into his portable radio. I made sure George was stoned and lost in his music or Good Morning Mars and then told Laurel, “Bring ’em on.”

I quickly put George’s film away and put the Standard Oil spots up. The ad guys walked directly into my open garage door and convened in a semi circle around the editing machine. They were quite complimentary. They slapped each other on the back and said, “Now where’re we having lunch?”

They walked back to their cars, never acknowledging George, one of the most innovative minds of our generation. To them, if they even registered his presence, he looked like our landscaper taking a lunch break, and they probably thought Laurel was our English-speaking Norwegian maid.

Though I lovingly gest about George, there was never any doubt in my mind that he was one of the finest examples of man’s ability to fantasize about the future and write it as science fiction.

I respected Tim Leary for being a pioneer. I admired Ken Kesey for being a literary genius and I idolized George for having an incredible vision of the future.  And they all did their own thing.

Jumping ahead to the digital revolution, there now exists inexpensive, high-quality HD cameras, the most common (and still adequate) of which is the iPhone. Taking advantage of this accessibility and using your creativity, you can wrangle your aspirant actor/comic/singer friends and use several of the home editing software programs like Apple’s Final Cut Studio or Adobe Premier and you can make your own videos. You can also play instruments and sing into any mini electronic recorder or the soon-to-be-obsolete iPod.

Furthermore, in addition to YouTube, there are ever-increasing numbers of Internet streaming sites like Netflix, Hulu, Amazon. iTunes and, coming soon, Apple and Google  on which you can show your videos and play your songs. This, to me, is the ultimate in “do your own thing.”