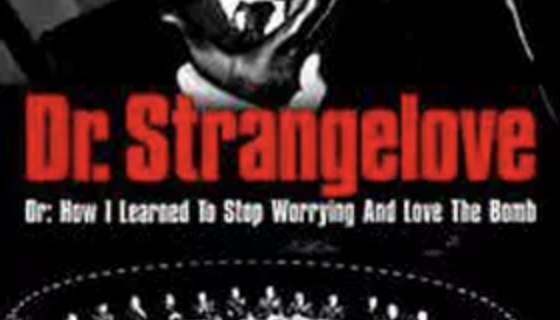 Even though I didn’t go to film school, the most important thing I gained at USC was an elective class called “Monday Night at the Movies.” The class showed new American and classic foreign films and the screenings were accompanied by a question-and-answer session from either the director or producer of the film.

I saw Fellini’s film 8 ½ and was blown away. I saw the lavish David Lean epic Lawrence of Arabiaand Sergio Leone’s spaghetti Western, A Fistful of Dollars.  A pivotal film for me was Stanley Kubrick’s Dr. Strangelove,.

a satirical farce about the nuclear threat, that set me on a course of wanting to be in the world of cinematic satire.

Love stories, in my opinion, are even more difficult to execute than satire. The best ones, like Moulin Rouge!,

and The Remains of the Day have elements of “will they, won’t they,” even though we all hope the lovers will fall in love. Others are about families keeping lovers apart (Romeo and Juliet), ethnic differences (West Side Story), class differences (Pretty Woman), love in the time of tragedy (Titanic), love between broken’ souls (Silver Linings Playbook) and when love doesn’t work out (Up in the Air). To sustain this unique brand of tension takes magic.  Because, to various degrees, it’s based on life experience.

The masters of cinema pack their frames with cinematic imagery.   Terry Gilliam did it in Brazil. Coppola did it in The Godfather. Ridley Scott did it in Blade Runner and and Chris Nolan did it in The Dark Knight.  More recently, borrowing from classic Fellini and Truffaut films, 2014’s Academy-Award winning foreign film, The Great Beauty,

If you have relatives that own oils wells or office buildings or if you want to go into debt for student loans for the next Millenium, you might be able to buy your way into one of the major film or dramatic arts schools. But you can audit and even attend a class at almost any community college, trade school or performing arts department.  Either way, you also must travel, read, learn a foreign language, talk to people—force yourself to do something because you will, thereby, enrich your life. And by doing so, you will have a lot more fodder for those cannons you want to fire with your ideas for writing, performing, singing, and making films and videos—the ideas that usually come from life experience.

One can also apply for a non-paid internship at many studios and production companies.  If you see an old film, with Kevin Spacey, called Swimming with Sharks,

which was based upon a famous producer, you’ll see the kind of crow you must eat as an intern. But guess what—you’ll learn! Irrespective of the treatment you receive, the errands you must run, the demeaning tasks you might be assigned, interning can be one of the best ways to learn technical, artistic and political practices from those that practice them.  You’d be surprised at how quickly you can learn tasks you never before witnessed. It’s my contention that, if you are around long enough and watch intently enough, you can learn in four weeks working on a movie what you learn in four years of film school.