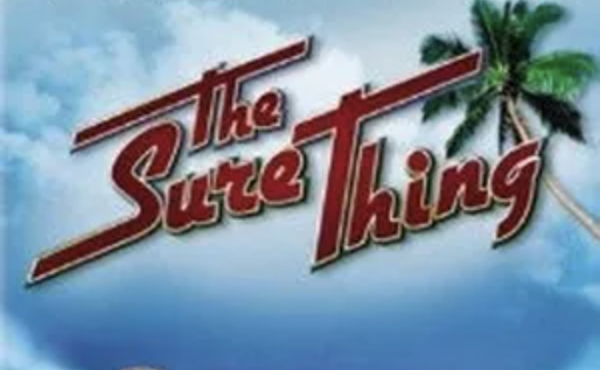 Many union rules, location costs, traffic control and the lack of tax and cash incentives have caused production in Hollywood to plummet.  But it still is the hub of pitching, developing, talent management and deal making.

Long before I’d ever made movies, Hollywood pervaded my life. Everyone there had a swimming pool, a hot car, and a luscious babe. It was just like the John Cusack and Nicollette Sheridan movie, The Sure Thing,

Cusack tells his best friend, “All we have to do is go there. All the girls look like that and we can get one.” As a guy in high school, that was music to my ears.

I loved high school. But I knew those years would be the best ones of my life in Cheyenne. I left my hometown the day I graduated. I went West to the promised land—Southern California; Hollywood. After College, I wound up in New York. I had this notion that writers and filmmakers had to start in New York—one had to experience hardship to fuel one’s art.

My first film job was as a production assistant for a TV commercial production company. One lunchtime I found myself behind Dustin Hoffman in line. He was already famous for The Graduate and Midnight Cowboy. He personified the difference between New York and Hollywood. He was so humble, despite the fact that movie stars are usually treated like they’re movie stars, their lackeys anticipating every whim or need. Coming home from the set, when asked by their mate to put the toilet seat down, they’d ask, “ Don’t we have people for that?”

I asked him, “How’d you know about this place?” He smiled, “You kidding? I’ve been coming here for years. When I started out it was the only place you could eat a lot for little cash.”

On weekends I borrowed the company’s 16mm camera, commandeered some actor friends, and made a mock commercial. I labored over that footage, learned to cut “on the beat”—with the visuals timed to music. The company shot a CLIO Award–winning Pepsi spot in California, featuring blonde beach babes in bikinis tossing a football to tanned young guys with six-pack abs. My mock commercial was contrapuntal to the visuals they shot and to their music. It went like this:

(Song lyrics from the company’s commerical):

WINO LAYING IN A DOORWAY.

HOOKER STUMBLING IN HER HI-HEELS.

GARBAGE PILED AGAINST A TENEMENT.

PIMP IN CADDY DRIVING BY.

SMOKE SPEWING OUT A BRICK TOWER.

I entered the film in the first annual sixty-second film festival in Chicago. I was a finalist. But it didn’t yet help me up my stock in trade. I needed to fulfill my dream. One Hollywood friend told me, “You can make films anywhere. But Hollywood is where the deals are made.”

Many talented people—like John Carpenter of St. Louis, John Waters of Baltimore, Robert Rodriguez of San Antonio,  Richard Linklater of Austin, Alexander Payne of Nebraska, not to mention far-flung Aussie, Baz Luhrman and Kiwi, Peter Jackson are/were able to accomplish great work outside of Hollywood. But they all flock to Hollywood because the power brokers beckon them with fame and fortune.

At the turn of the current century came Hollywood’s own “great depression,”—the dot-com collapse. The economy tanked and prices went sky high, which forced production out of film-friendly Hollywood to Michigan, Louisiana, Virginia, New Mexico, Canada, and even Romania, where tax and cash rebates were offered.

The beauty and authenticity of ancient Rome in Ridley Scott’s Gladiator or of New York in Martin Scorsese’s Gangs of New York or Francis Ford Coppola’s The Godfather, to mention a few of the many greats, offer the viewer the feeling of being in that time and place through astounding production, set design, and CGI (computer generated images). But it is also the authentic location of movies that gives us a visceral feeling—like Debra Granik’s Winter’s Bone

and the way it depicts meth heads in the Ozarks.

Ben Affleck’s Gone Baby Gone and Mark Wahlberg’s The Fighter, lend us a look of “Southie” life in downscale Boston. Boyz N the Hood, Training Day  and Laurel Canyon could only have been shot in their natural setting—Los Angeles.

Similarly, movies that are about the culture they portray, such as Slumdog Millionaire or even Nebraska, can only be shot in the location of their story.

Expense is almost always the reason for shooting a film in a location not originally intended by the written material.  District 9, the under-praised, apocalypic movie used Soweto, South Africa, as its setting not just for lower cost but also for the aesthetics and authenticity of a downtrodden, impoverished area.

Much later in my career, I was directing a scene in an abandoned jail in Lincoln Heights, a seedy part of Los Angeles, for the movie Off the Wall. The scene takes place in a long hallway surrounded by jail cells filled with scary prisoners.

In the film, Paul Sorvino, plays a crazy warden who thinks his prison is inhabited by alien forces,

The eeriness of the location killed the comedy. The actors were flat. The crew was creeped out. The scene wasn’t funny. Then we re-shot the scene with the identical dialogue in a prison set we had built in our South Central L.A. abandoned tire factory, and it was hilarious, thereby proving that a location can determine the intent and result of the story and its characters.

Building sets is expensive. And although computer generated images that are used for location backgrounds have become much less expensive and time consuming every year, they are still slow and expensive. The huge “tent pole” films like Harry Potter, The Hunger Games, Guardians of the Galaxy and the too many Transformer films are filled with them.

Find a location that dictates the aura of the story and allows the actors to feel the mood their characters would feel in that location. Think Midnight Cowboy, the story of a cowboy hick in the biggest, baddest metropolis he could imagine, New York.

Yes, you can write, perform, and produce anywhere. You can even create something on YouTube or Vimeo or stream your creation online, but the meetings and pitches are still in Hollywood because the studios and production companies are based there, and that—and only that—makes it the promised land.